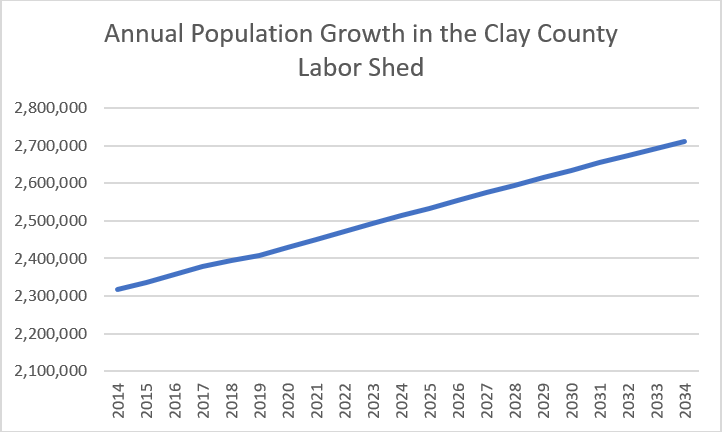 As compared to other parts of the country, most all of which are struggling to provide quality labor, Clay County’s labor market is very strong, here are its strengths:

– A total of 94.6% of the working age population has a high school diploma or higher compared to the national average of 89%. Additionally, 24.6% of residents possess a bachelor’s degree, which is 3.4% above the state average.

Note, while employers paying less than $16/hour will pull from a smaller radius, the population within this radius is still 2.1 million people making it a very strong labor shed
area even for the lower paying companies.

– Very few labor markets in America draw from a population of more than 2 million people. The sheer size of the labor market gives Clay County a unique strength. 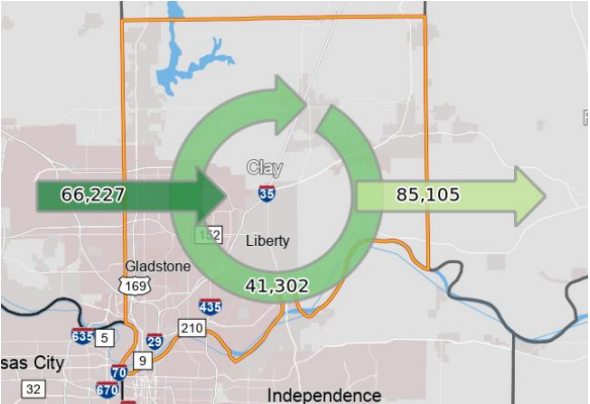 – While Clay County has experienced rapid population growth, more than 85,100 people drive out of Clay County daily to work creating a pool of potential workers for new and expanding businesses.

– Clay County has 55% more people employed in manufacturing than the US average with 13,966 new manufacturing jobs having been created since 2015.

– Among company executives we interviewed in-person who had worked at other facilities in different parts of the USA, we were told the ability to hire and retain workers in Clay County is easier than most other locations where they have worked.

– Clay County’s labor force participation rate of 70.1% is 6.9% higher than the USA average. 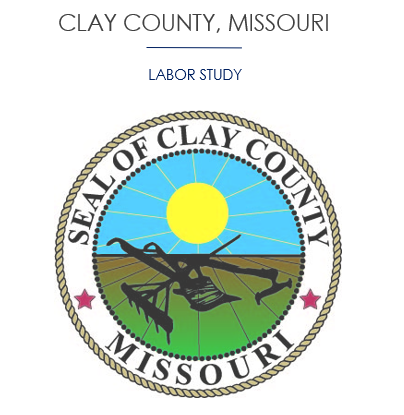