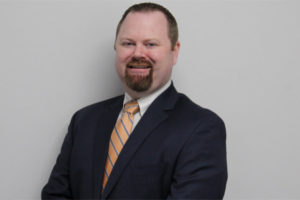 Ralph joined the LEDC team as the Executive Director June of 2017. He earned a Bachelor of Business Administration degree from Columbia College. In 2013 he graduated from OU EDI Economic Development Institute, and in 2015 he received his Economic Development Financial Professional certification.

Ralph previously worked eight years for the City of Trenton in the Community/Economic Development department. He was involved with a variety of projects including renovating a former school into housing and a 3.2 Megawatt Solar Farm. He brought stakeholders together to create an Economic Development Strategic Plan that worked with Nestle to purchase the closing Con Agra Plant. He also facilitated an adult and youth leadership development program. Ralph is a founding member of North Central Missouri Business Facilitation and the North Central Development Alliance.

In Trenton Ralph served in the community by being on the board of the Trenton Chamber of Commerce, Missouri Community Betterment, and the Missouri Economic Development Council. He was the past president of the Trenton Lion’s Club, NCMBF, NW Roundtable of Economic Developers and Great Northwest Day at the Capitol. He is currently a member of the Eastern Clay County Rotary.

Ralph is working with the LEDC board to take the organization to the next level focusing on industrial attraction, retention, and expansion while keeping LEDC’s membership “In the Know” of what’s happening in Liberty. 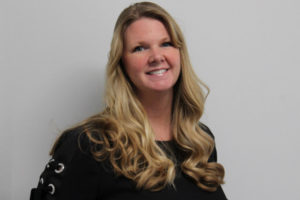 In 2018 Jolinda joined the Liberty Economic Development team as the part time Administrative Assistant. In 2020 LEDC implemented LINK Business Facilitation and promoted her to the full time Business Facilitator for their newest initiative to support Liberty area small businesses. Her positive outlook and strong interpersonal skills help to create a long lasting relationship with the entrepreneurs she works with. Her clients always do the heavy lifting but Jolinda is there to offer assistance and help them implement what it is they truly wish to achieve. She attended Park University earning a bachelor’s degree in Communications with an emphasis on Television and Radio Production graduating Magna Cum Laude.

Jolinda and her husband Jason have lived in the Liberty area for over 15 years with 4 children who attended the amazing Liberty Public Schools. They have had a side hustle business since 1998 finding treasures at auctions and rummage sales and selling for a profit. It would not be a surprise to see her on the side of the road shoving a dresser or chair in her car. Her favorite find has been a box of rare basketballs that had a very nice ROI!

While away from work Jolinda enjoys spending as much time as possible with her family and pets, watching her kids do the things they love, playing at the lake, vacationing at the beach or mountains, and finding fun & unique things to do around the Liberty and Kansas City area.